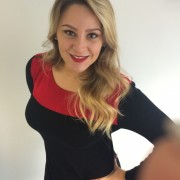 To help achieve this, there will be a further £3.5 billion of savings from departmental spending in 2019-20, less than 50p in every £100 the government spends. There will be an efficiency review to inform future spending decisions.

2. Double the dedicated funding for sport in primary schools, paid for by a levy on soft drinks

This will be used to double the primary PE and sport premium (the additional money schools have to spend on PE and sports) to £320 million a year.

3. A longer school day for 25% of secondary schools

25% of secondary schools will be able to opt in to a longer school day from September 2017 so that they can offer a wider range of activities for pupils. There will be up to £285 million a year to pay for this.

By the end of 2020, every school in England will be an academy or free school – or be in the process of becoming one. This will give head teachers more control over their budget and the curriculum they teach.

The current system for funding schools will also be replaced by a fairer national funding formula from April 2017. There will be £20 million a year in additional money for schools in the north of England.

5. Lifetime ISA: a new £4,000 ISA that you can use to save for retirement or to buy your first home

From April 2017, any adult under 40 will be able to open a new Lifetime ISA. Up to £4,000 can be saved each year and savers will receive a 25% bonus from the government on this money.

Money put into this account can be saved until you are over 60 and used as retirement income, or you can withdraw it to help buy your first home.

Find out more about the Lifetime ISA

7. HS3 between Leeds and Manchester

£60 million has been announced to develop plans to cut journey times to around 30 minutes between Leeds and Manchester, as well as improving transport connections between other cities in the north.

This will be used to continue planning for Crossrail 2. The proposed Crossrail 2 route will connect South-West and North-East London, increase tube capacity and reduce the pressure on Victoria and Waterloo stations.

9. £100 million to help people move on from emergency hostels and refuges

This will pay for 2,000 places to live for those who need to move on from emergency hostels and refuges.

£10 million will also be available for schemes like No Second Night Out, which is aimed at helping people who have recently started rough sleeping to come off the streets after a single night.

10. New tax allowances for money earned from the sharing economy

From April 2017, there will be two new tax-free £1,000 allowances – one for selling goods or providing services, and one income from property you own.

People who make up to £1,000 from occasional jobs – such as sharing power tools, providing a lift share or selling goods they have made – will no longer need to pay tax on that income.

In the same way, the first £1,000 of income from property – such as renting a driveway or loft storage – will be tax free.

Duty rates on beer, spirits and most ciders will be frozen this year.

13. Making sure large companies can’t artificially shift profits out of the UK

Over the next 5 years, the government will raise nearly £8 billion from large companies and multinationals through changes to the rules on interest and other measures, including:

14. Tax support worth £1 billion for the oil and gas industry

This includes effectively abolishing Petroleum Revenue Tax (a tax on profits from oil fields approved before 1993) and dramatically reducing the supplementary charge on oil and gas extraction.

From April 2017, small businesses that occupy property with a rateable value of £12,000 or less will pay no business rates.

Currently, this 100% relief is available if you’re a business that occupies a property (e.g. a shop or office) with a value of £6,000 or less.

There will be a tapered rate of relief on properties worth up to £15,000. This means that 600,000 businesses will pay no rates.

16. Capital Gains Tax rates will be cut from 6 April 2016, but residential property will still be taxed at current rates

Capital Gains Tax is a tax on the gain you make when you sell something (an ‘asset’) that has gone up in value. It is paid at a basic or higher rate depending on the rate of Income Tax you pay.

There will be an additional 8 percentage point surcharge to be paid on residential property and carried interest (the share of profits or gains that is paid to asset managers).

Capital Gains Tax on residential property does not apply to your main home, only to additional properties (for example a flat that you let out).

From April 2018 employers will now need to pay National Insurance contributions on pay-offs (for example, termination payments) above £30,000 where Income Tax is also due.

For people who lose their job, payments up to £30,000 will remain tax-free and they will not need to pay National Insurance on any of the payment.

19. Class 2 National Insurance contributions (NICs) for self-employed people will be scrapped from April 2018

From April 2018, they will only need to pay one type of National Insurance on their profits, Class 4 NICs.

After April 2018, Class 4 NICs will also be reformed so self-employed people can continue to build benefit entitlement.

The way stamp duty on freehold commercial property and leasehold premium transactions is calculated will change. Currently, these rates apply to the whole transaction value. From 17 March 2016 the rates will apply to the value of the property over each tax band.

Buyers of commercial property worth up to £1.05 million will pay less in stamp duty.

Stamp duty rates for leasehold rent transactions will also change, with a new 2% stamp duty rate on leases with a net present value over £5 million.

21. More funding to protect homes and businesses from flooding

Funding for new defences including in Leeds, York, Calder Valley and Cumbria and for maintenance of existing defences.

This will be paid for by Insurance Premium Tax, a tax on insurers. The standard rate will rise from 9.5% to 10%.

22. A new tax relief for museums and galleries will be introduced

This will be available to temporary and touring exhibitions from April 2017 – this will help museums and galleries create new exhibitions and display them around the UK. The government will consult on this during 2016.

23. Veterans will be able to keep payments from war pensions rather than using this to pay for social care

From April 2017, 4,000 Armed Forces veterans will be able to keep payments from their war pensions if they need social care.