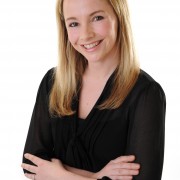 Will ISA savers continue to turn away from cash as the impact of low returns and tax changes becomes clearer?

In the tax year 2015/16, over £58 billion was deposited into Cash ISAs: last year that figure fell by a staggering 33%.¹ Will the traditional rush to use ISA allowances before the end of this tax year see this trend continue?

It certainly appears that Cash ISA providers are doing little to encourage savers. At 0.73%², the average no-notice Cash ISA rate is still significantly below its level in August 2016, when the base rate was also at 0.5%.

Further analysis shows that, compared to when interest rates last went up in 2007, providers have been much slower to pass on the rise.³ They have also introduced cuts more quickly; symptoms of a deposit market that is now far less competitive than it was before the financial crisis. Funding initiatives such as the Funding for Lending Scheme, introduced to reinvigorate the banking sector, have made the need to compete for savers’ cash almost redundant.

One in five savings accounts now pays just 0.10% – earning £20 annual interest on a £20,000 deposit.⁴  Of 1,759 savings accounts on the market, not one currently pays a rate that matches inflation.⁵

But despite years of derisory returns, the cash habit is proving a hard one to break. In the UK, we hold an average 69% of our investable wealth in cash; a figure that has actually gone up since 2015.⁶ Indeed, the same research revealed that 54% of people intended to increase their cash savings over the next 12 months.

Of 1,759 savings accounts available, not one matches inflation.

Cash ISA savers have, until recently, epitomised that trend. Cash ISAs have typically accounted for 80% of ISA subscriptions every tax year and more than ten million accounts have received contributions in each of the last ten years. Consequently, over £270 billion is now deposited in Cash ISA accounts.⁷

“It’s clear that Cash ISAs form a key part of these individuals’ longer-term savings strategy,” says Phil Woodcock, Head of Investment Communications at St. James’s Place. “But with cash returns still near record lows, that is a lot of money failing to achieve the very basic objective of keeping pace with inflation. Alongside pensions, ISAs have an important part to play in creating wealth for the future; yet cash savers are at real risk of failing to make the most of the long-term tax breaks on offer.”

But there are signs that savers’ attitudes and behaviours may be changing. In contrast to Cash ISAs, last year saw contributions to Stocks & Shares ISAs rise by 6% to £22.3 billion.⁸ This shift, coupled with the strong stock market returns in recent years, means that, for the first time since ISAs were introduced in 1999, the amount of money held in Stocks & Shares ISAs is greater than that deposited in the cash alternative.⁹

It appears that savers are increasingly recognising the greater long-term potential of Stocks & Shares ISAs to create tax-efficient capital growth and income.

Another factor influencing this trend was the introduction of the Personal Savings Allowance in April 2016, which enables basic rate and higher rate taxpayers to earn tax-free interest from standard savings accounts of up to £1,000 and £500 respectively each year. The new allowance effectively nullifies the tax advantage of Cash ISAs for the majority of savers.

At the current average no-notice rate of 0.48%¹⁰, the allowance enables a basic rate taxpayer to hold around £208,000 on deposit and receive all their interest tax-free; for a higher rate taxpayer, the equivalent figure is half that amount.

“The only thing that will bring Cash ISAs back to life, particularly for higher rate taxpayers, is significantly higher interest rates,” says Woodcock. “Those with larger cash balances could then exceed their Personal Savings Allowance; but it could be a long wait, as markets currently forecast that interest rates will reach only 1% by 2020.”

In the meantime, and as the end of the tax year approaches, individuals yet to use their ISA allowance, or with accumulated ISA savings, need to carefully consider their options. Maximising this valuable opportunity could go a long way towards achieving financial security.

The value of an investment with St. James’s Place will be directly linked to the funds you select and may fall as well as rise. You may get back less than you invested.
An investment in a Stocks & Shares ISA will not provide the same security of capital associated with a Cash ISA.
The favourable tax treatment of ISAs may be subject to changes in legislation in the future.