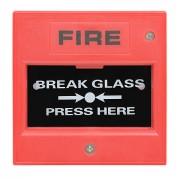 In case of emergency for the self-employed

Paul Pickford was fit and healthy and ran a car dealership until two-and-a-half years ago. In November 2012 at the age of 42 he suffered a brain stem stroke while at work. He is now paralysed and cared for by his wife Vicky.

“I was taken to hospital where, for a variety of care-related reasons, I spent 14 months as an in-patient. I was discharged in January 2014, paralysed from the neck down, nil by mouth and unable to speak,” Paul explained via his computer, which speaks whatever he types.

While he was fit and healthy, Paul and Vicky didn’t think about lost income or the extra costs that inevitably result from such a devastating event, so they didn’t put any critical illness cover in place. When Paul fell ill and could no longer work, there was no policy to fall back on, and no income to help them cope.

“I wish we had put other things in place,” says Vicky. “We honestly didn’t think anything like this could happen.” And it’s not just Paul who has suffered from a loss of income. “My life’s on hold as much as his,” she adds.

Unfortunately, there is a growing number of people who don’t have cover in place. This protection gap is particularly prevalent among those who run their own business. The economic upheaval over the last six or seven years has seen the number of self-employed individuals increase dramatically. Yet many who left behind employee protection insurance policies haven’t replaced them with personal policies. This growing need for personal cover has been exacerbated by the reduction in sickness benefits from the state.

Paul’s story is a powerful one that demonstrates the value of protection to anyone who thinks “It won’t happen to me.”

People never expect this sort of thing to happen, but statistics show you’re four times more likely to be off work with a serious illness than die before you retire.

Small business owners without the correct cover should ask themselves what would happen if they suffered an illness or disability and found they could no longer run their business.

Understanding the need for protection, whether this is income protection, critical illness cover, or something else, and examining your options with the help of a financial adviser is the first step to preparing for the sort of events that can happen, but we hope never will.

Contact us to discuss making sure you have the right life cover and protection in place for you and your family.